How to Grow Young 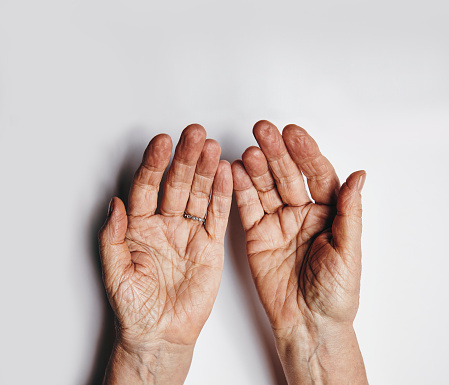 Forget Silicon Valley biotech wonder drugs. There is a safe, boring, and extremely cheap way to cure ageing. The only requirement is dedication and of course, knowledge.

To beat death has been a goal for some people as far back as we have written accounts. One of the earliest known stories, the epic of Gilgamesh (written over 4,000 years ago) involves the quest of the hero for immortality.

Most of us want to grow up, but nobody wants to grow old.

Old age, after all, comes with a suite of unpleasant changes. It’s marketed to us as a gauntlet of chronic illness that modern society is trying to wean off in every effort they can. Everywhere we look, we have a cascade of marketing efforts pointing us towards the next best thing to cure ageing or the newest anti-ageing pill that the Kardashians are now taking.

But when you lean in towards the science, it suggests some remarkable things about health span and lifespan. This ongoing hunger for understanding the hallmarks of ageing led me to read as much as I could and to interview as many people as I could.

In the last week, I read Professor Levitin’s book, ‘The Changing Mind: A Neuroscientist’s Guide to Ageing Well’ and Interviewed Dr. Adam Bataineh from Span Health to uncover some of my misguidedness in the longevity space.

Here’s what I learnt:

In this episode of The Neuro Experience podcast, Adam covered many points but I guess the most surprising to me was the topic of Metformin, a drug prescribed to patients with type II diabetes. Although it is meant for diabetes patients, Metformin has been found to decrease the rate of age-related illness progression improving longevity, especially in the setting of cancer. This use of metformin is called an off-label use and unfortunately the research for metformin showed evidence of an improved life span in mouse models only.

Who can resist the allure of a magic pill, though?

Several chemical compounds are currently being investigated for their potential effects on the aging process (or parts of it). Among them, the diabetes drug metformin is a perennial top-pick in the anti-aging competition.

Metformin does a lot of interesting things.

Currently, the eighth most-prescribed drug in the United States, metformin has been plodding along in the medical world since the 1950s, when French doctors began using it to help diabetics keep their blood sugar under control.

Scientists are now looking at it in a new light, ever since diabetes researchers observed that it appears to extend the lifespan of medicated patients slightly beyond that of ordinary nondiabetics—just enough to notice an effect, but nothing radical.

Metformin also inhibits the inflammatory pathway and increases AMPK activation, which inhibits mTOR, a primary target for cell aging modulation. Inflammation, apoptosis, autophagy, cell survival, and protein synthesis are all affected by these mechanisms and are all linked to accelerated aging.

This is a great episode to learn, in simple terms, what the science of living longer says. You will also be introduced to nutrient signaling regulators known to affect some aspects of aging. They are sirtuin regulators (e.g. resveratrol), mTOR inhibitors (e.g. rapamycin), spermidine, AMPK activators (e.g. metformin), curcumin, and Lycium barbarum.

You can listen to this episode with Adam here.

A neuroscientist and psychologist at UC Berkeley, Professor Levitin interviewed many high-profile people who are ageing well, including the Dalai Lama. His research highlights some myths about old people that should encourage us all to view ageing differently.

On average, across the 60 different countries surveyed, the peak age of happiness is 82 years. While there are exceptions and I’m sure we all know extremely grumpy old people, Prof Levitin explains the underlying developmental changes in brain chemistry that cause happiness in older age. Leonard Cohen struggled with depression for decades before it magically lifted in his 70s for no reasons that he could fathom.

It’s a myth that old people don’t sleep as much as when they were younger. People believe that poor sleep is a normal part of aging, but it is not. We need 8 or 9 hours of sleep even at 90. The Dalai Lama credits his good health to a solid 9 hours of sleep each night.

In saying this, I believe the myth comes form two main difficulties: falling asleep at the start of the night and then waking up too early in the morning – yet finding it impossible to get back to sleep. In some cases, the discomfort caused by a medical condition exacerbates sleep difficulties, but many find that even without the disturbance of physical symptoms, sleep still eludes them for at least part of the night.

Firstly, ageing shouldn’t be scary. Mourning the inevitable is highly unproductive but if you’re like me and want to do backflips while ageing like a find bordeaux then you might want to try the following: 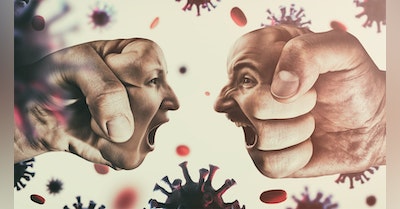 Scientific Errors and Dishonesty Made by Heath Officials

Neuro Athletes, I’m sure you are sick to death of the confusion surrounding COVID-19. I am too! The bottom line is is that there is so much confu…